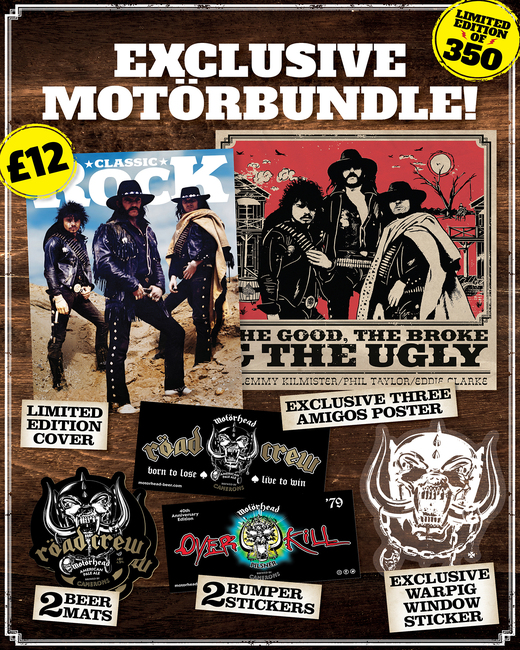 This issue’s cover stars are Motörhead. Forty years ago, Ace Of Spades hit the charts with a vengeance, making them unlikely stars. Next stop America. But America wasn’t yet ready for Motörhead… Plus Metallica’s Lars Ulrich on the “honesty” of Motörhead and the impact of Ace Of Spades.

How Biffy Clyro’s latest album is a masterful triumph in the face of adversity.

For a time in 1970s, Slade were the most popular band in Britain. But then a car crash and fading glam-rock brought a downturn in the band’s fortunes. We bring you their story, in their own words.

Nomadic living, religious music, Taoist literature and a stint in Abbey Road are among the building blocks of All Them Witches’ new album.

Guns N’ Roses: we uncover the secrets of the band’s overlooked albums – The Spaghetti Incident? and Live Era ’87–‘93 – with help from guitarist Gilby Clarke and others who were involved.

In the late 80s, White Lion’s future looked bright. But then, hit by a one-two of record company and management apathy, it soon dimmed rapidly.

Plus Iggy And The Stooges, Tommy Lee, Palaye Royale, Gary Stringer and more, including the biggest, loudest rock reviews section on the planet.