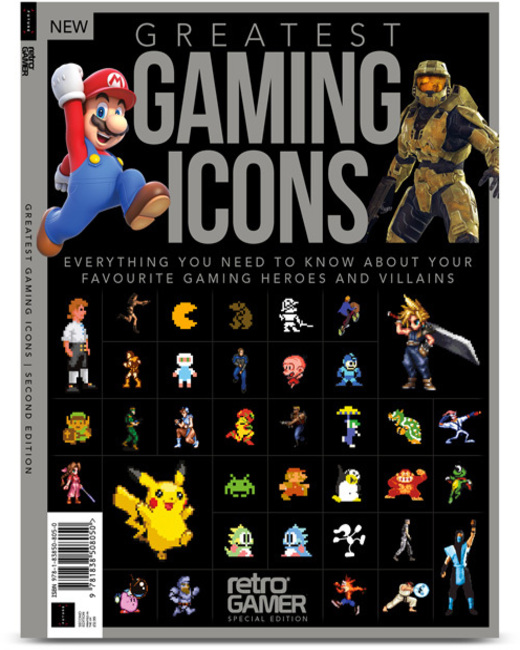 It’s amazing to think that in the space of four decades, the videogame industry has become one of the biggest on the planet. Nowadays, games are made by hundreds of people and can cost millions to make, but in the early days things were very different. Many games were born in the bedrooms of school kids all around the world, who were just tinkering away with the new computers, while others were made by small teams who realised that there was money to be made in this emerging new market.

Keen businessmen and sharp developers quickly cottoned on to the fact that their games did a lot better when they had identifi able characters at their core, and throughout the Eighties and Nineties numerous videogame heroes (and heroines) were born. Some would have a few hits and fade into obscurity, while others would regularly turn up in long-running franchises and earn firm fan bases or become the mascots of companies. And then, of course, there are the likes of Sonic, Mario, Lara Croft and Pac-Man, huge characters who are recognised by gamers and non-gamers alike and have become huge celebrities in their own right.

The following book will look at 50 of these colourful characters and either chart their origins or revisit their first game appearances. Some have now faded, while others are stronger than ever, but each and every one of them had a part in shaping the industry we appreciate today.