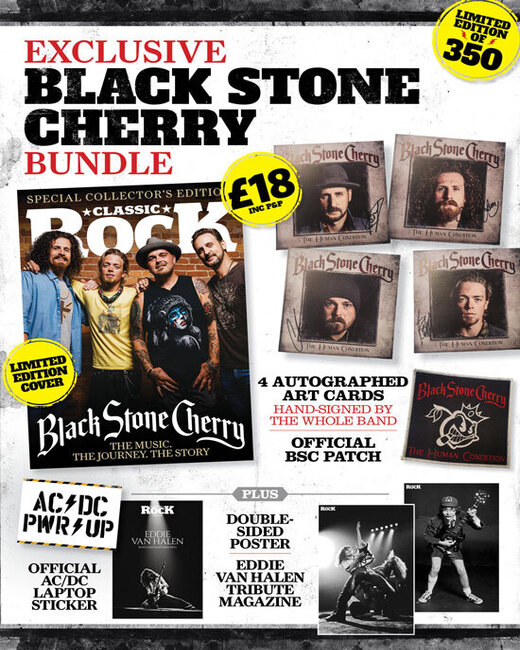 We pay tribute to the late, great Eddie Van Halen, one of rock’s greatest ever guitarists.

RATM’s Tom Morello takes us back to his early years, with personal photos and recollections from his new book.

As a teenager Orianthi played with Santana and Steve Vai. Now she’s an in-demand guitarist. And she has a new record.

Tyler Bryant &; The Shakedown responded to lockdown by making an album at home in Nashville. But how did their livewire frontman take to being locked down?

Biff Byford tells the story behind Saxon’s 747 (Strangers In The Night).

Jane’s Addiction main man Perry Farrell on his new box set, becoming a quarter of an inch taller, and the power of PG Tips.

In The Hot List we look at 12 essential new rock tracks. This month they include Greta Van Fleet, Larkin Poe, Empyre, Hawxx and more…

And of course we’ve got the biggest and loudest rock reviews section on the planet.