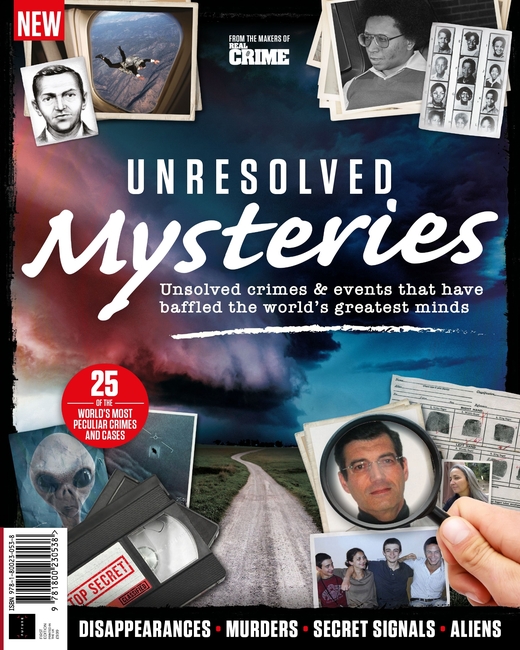 When no word was received of nine students trekking Russia’s remote Ural Mountains in February 1959, alarm bells rang. A search party was sent into the snowy abyss to rescue them, but instead of grateful faces, the team stumbled across something much more bizarre and gruesome. Five bodies were found within a kilometre of their camp, undressed, burnt, and injured. Over the next few months, the corpses of the remaining four were found missing tongues, eyeballs or – most mysteriously of all – physically unharmed, but with catastrophic internal injuries. For decades the case of the Dyatlov Pass incident became the fodder of conspiracy theories, and even the official conclusion in 2020 by the Russian government of death by hypothermia in the wake of an avalanche failed to satisfy many. Over the decades, many events and crimes – from seemingly straightforward to the utterly bizarre – have remained unsolved. In Unresolved Mysteries, explore some of the world’s most striking unsolved mysteries – can you work out the truth?