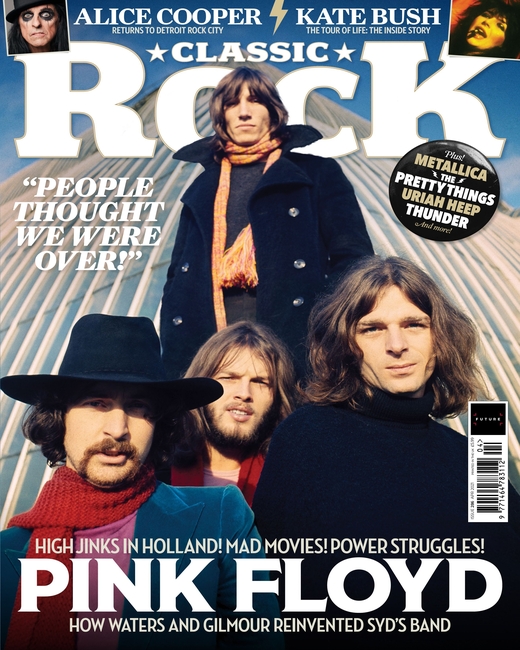 Issue 286’s cover story is Pink Floyd: how, post-Syd, they finally found their own sound, via a couple of bonkers soundtracks and a lot of studio experimentation.

Alice Cooper’s new album Detroit Stories is “an homage to the place to which we owe our careers”.

Kate Bush’s first ever tour was breathtaking, ground-breaking combination of music, dance, theatre and more. It was also her last.

Uriah Heep’s Demons And Wizards turned them into global superstars. It also brought whacked-out occultists and “weird birds” into their lives.

Inglorious frontman Nathan James is no stranger to being the brunt of verbal abuse. But is it deserved, or is he just another innocent victim?

Adrian Smith & Richie Kotzen
The Iron Maiden and Winery Dogs guitarists on playing away from home with their new project.

No wonder Thunder are frustrated at not being able to tour their latest album – seeing as it’s one of the best they’ve made in decades.

Other features include Metallica, The Pretty Things, Skindred, Skam, Blue Öyster Cult and much more…