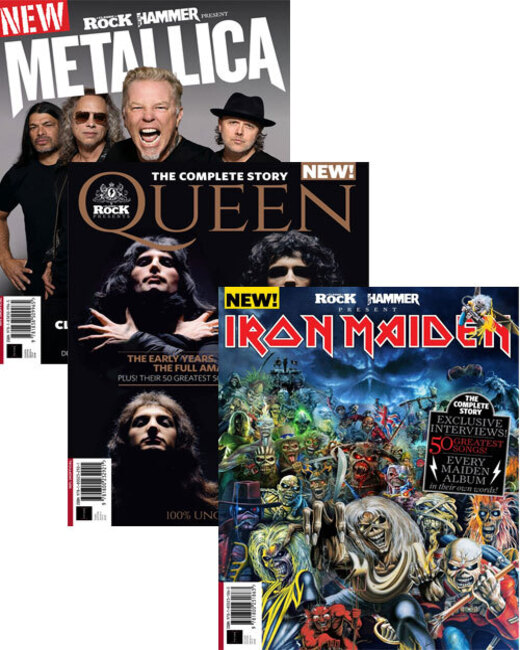 Discover the complete story of how Metallica became the world's biggest metal band, featuring tales from the band's early days, the stories behind the albums, decades of exclusive interviews, classic photography and much more!

Celebrate Iron Maiden's timeless legacy in this special one-off magazine, which collects the best interviews and features from the pages of Classic Rock and Metal Hammer magazines. Follow the band from their earliest days on the London pub circuit to the triumphs of the 80s, right up to the present day, where they stand as the most iconic and enduring metal band on the planet.

Almost 50 years after Freddie Mercury, Brian May and Roger Taylor recruited bassist John Deacon to the newly-formed Queen, the band's music continues to resonate with audiences all over the world. Discover the stories behind their eclectic discography, including how Bohemian Rhapsody defied the critics to become a chart-topping success – widely-regarded as one of the greatest songs ever written. This special edition chronicles Queen's rise from student band to rock gods, including their sell-out world tours, scene-stealing Live Aid performance and enduring legacy.