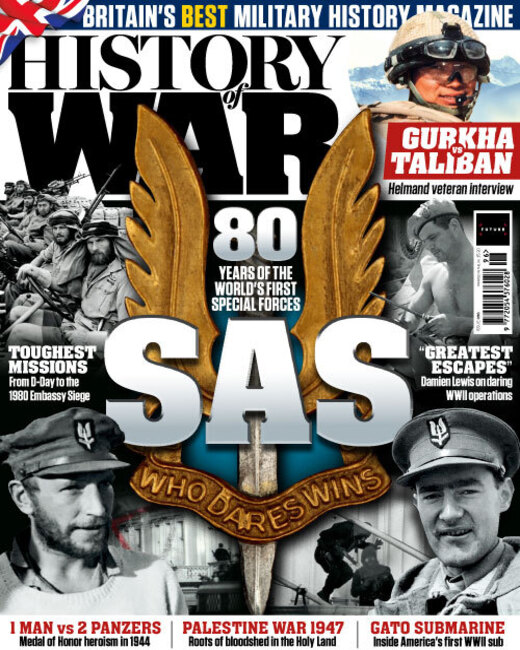 In History of War issue 96:

Also inside this issue

- Interview with a Gurkha Afghanistan War veteran
- Great Battles: Jaffa, 1192. Richard I vs. Saladin
- Palestine War: inside the origins of the conflict
- One Sergeant takes on two Panzers: Medal of Honor story
- Operator's Handbook: US Navy Gato-class submarine