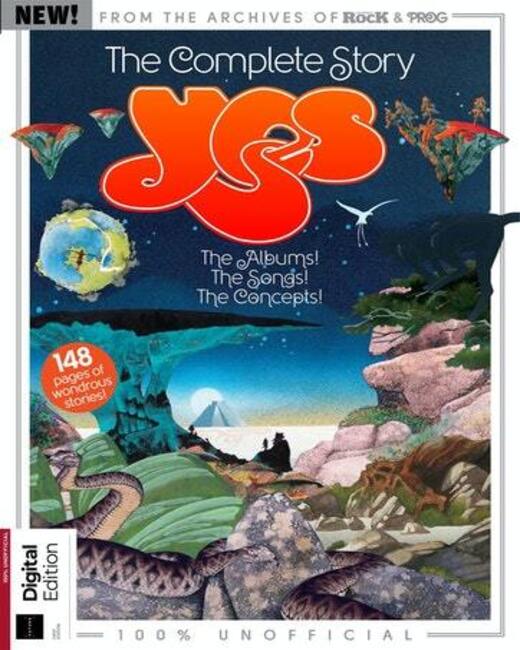 There has never been a band like Yes. Not only are they one of the biggest prog acts in history, but they did more than most to expand the vocabulary of rock’n’roll. In their hands, it took on the scope and ambition of classical music and jazz. The fact they did all of that while seemingly hiring and firing new members every week makes it even more remarkable. Of course, if you’re reading this, you’ll know all that.

You’ll also know that the band have never been given the respect they deserve from the mainstream music industry – despite selling millions of albums, notching up several hit singles and packing out huge arenas for more than 50 years, they’ve been ignored and misunderstood for most of their career. This special magazine is an antidote to all that – it’s a 148-page celebration of all things Yes. Inside you’ll find the very best articles and interviews from the pages of Prog and Classic Rock magazines. From the making of such landmark albums as Fragile, Close To The Edge, Tales From Topographic Oceans and 90125, to up-close-and-personal interviews with Jon Anderson, Steve Howe, Rick Wakeman and the late, great Chris Squire, it’s a suitably epic tribute to one of the most influential prog bands of all time. Throw in the 40 Greatest Yes Songs Ever, and this is everything a Yes fan could want. So go on, crank up Close To The Edge and immerse yourself in the career of a band like no other.

And if you ever find out what on earth Siberian Khatru is about, let us know…