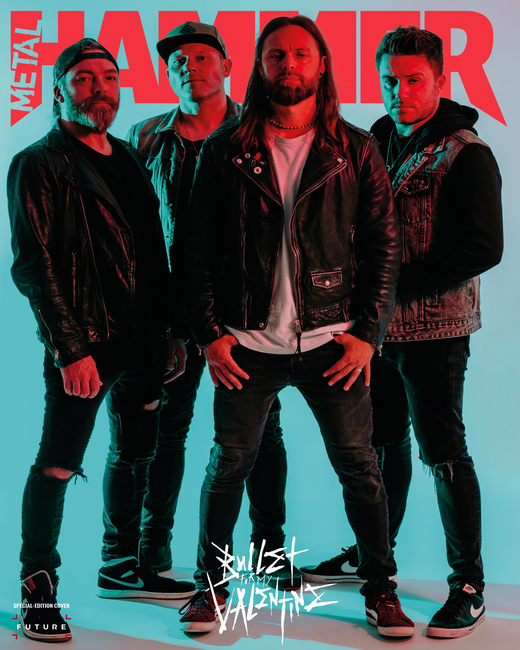 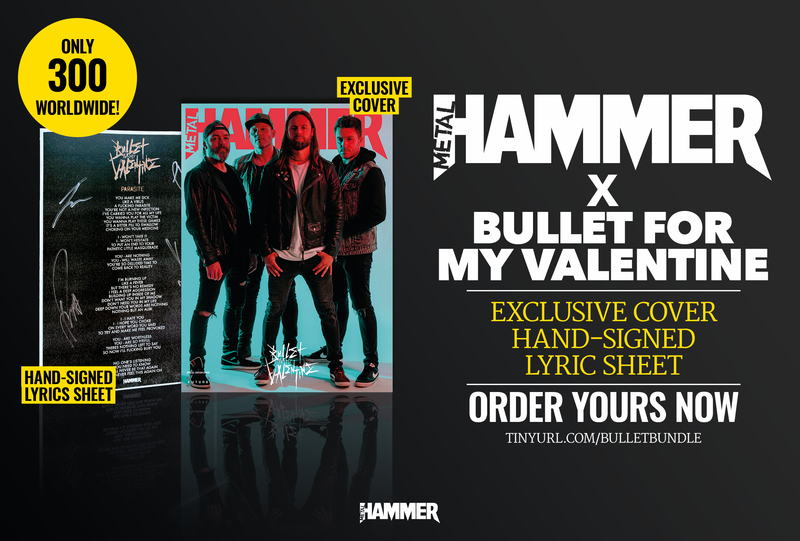 To celebrate the release of their new, self-titled studio album, Metal Hammer have teamed up with Bullet For My Valentine for this exclusive bundle, featuring an exclusive variant cover and hand-signed lyric sheet. Limited to 300 copies worldwide.

In this issue of Metal Hammer, we chat to one of metal’s most divisive bands, Bullet For My Valentine, ahead of the release of their seventh album. From the toilet circuit to hanging with Metallica, it’s been a wild ride for the Welsh lads. Elsewhere in the mag, we get up close and personal with Ozzy Osbourne and Zakk Wylde, reminiscing about the making of No More Tears; Ice Nine Kills’ Spencer Charnas talks gore, world domination and, er, musical theatre; and the mighty Mastodon tell us how they poured their grief into their latest masterpiece. We count down the 25 greatest symphonic metal albums ever, Dani Filth talks Never Mind The Buzzcocks and partying with Kesha, and Sólstafir’s Addi Tryggvason gives us the lowdown on his black metal side-project. The legendary Doro Pesch recalls the making of Touch Of Evil (don’t mess with ouija boards, kids!), Asking Alexandria’s Danny Worsnop tells us how he tricked the band into hitting the States, and Dream Theater’s John Petrucci answers your questions. We head into the studio with Venom Prison, Wolves In The Throne Room’s Aaron Weaver reveals his love of Outkast, and we talk to the people trying to help metal musicians trapped in Afghanistan. All this, plus all the essential news and reviews from the world of metal. 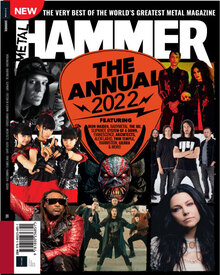