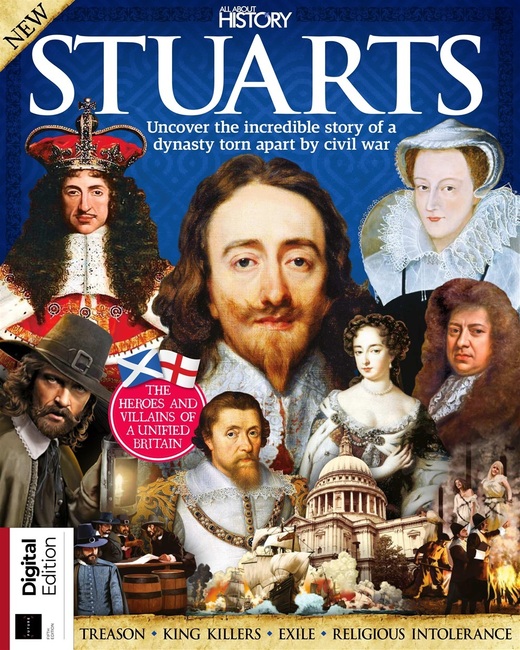 The axeman lifted his weapon and paused, assessing the bare neck before him. In one swift movement, he dealt the fatal blow, severing the head of his own king. As the life drained from Charles I, so too did the bitter dregs of absolute monarchism in Britain. After centuries of kings and queens, from the bloodthirsty to the benevolent, England became a republic, with Oliver Cromwell at the helm. But history wasn’t finished with the Stuarts. In barely more than a century, the Stuarts shaped Britain irrevocably. Ruling during the Great Fire of London, the devastating plague outbreak of 1665 and numerous religious plots and schemes, the Stuarts overcame catastrophe and conspiracy to unite Scotland and England into a European superpower. In the All About History Book of the Stuarts, discover how the Scottish dynasty ascended the English throne, uncover why a king met his maker at the executioner’s block and find out why life was miserable under Cromwell. Elsewhere, read about the Restoration, delve into the dynastic disputes that cost a king his crown and learn about the royal schemes to reclaim a usurped throne.