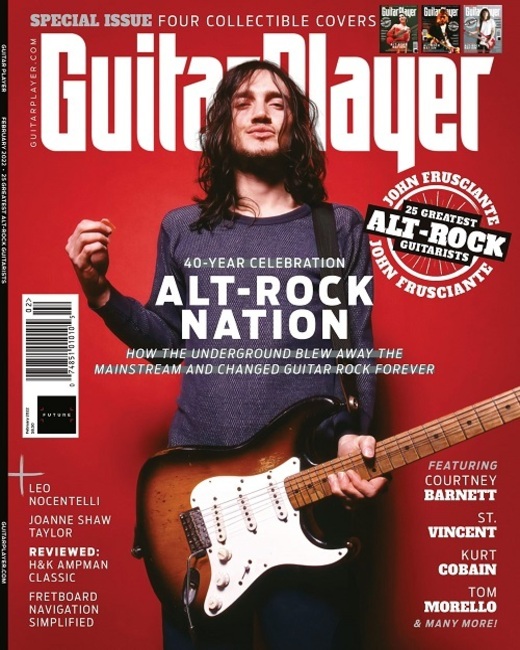 Kurt Cobain, Courtney Barnett, John Frusciante and St. Vincent head up our celebration of the greatest guitarists in alternative rock. This special issue traces the rise of alt rock from the Velvet Underground to the 1980s explosion that saw R.E.M. and the Smiths put the genre on the map in the U.S. and England before Kurt Cobain took it to the mainstream with Nirvana. We explore the contributions that 25 guitarists have made to the genre, and speak with Tom Morello and Courtney Barnett about their latest album releases.