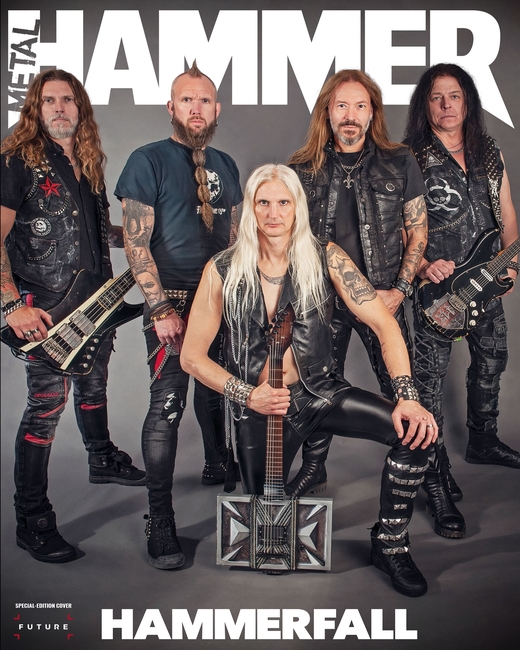 Metal Hammer have teamed up with Hammerfall for this word exclusive bundle, featuring an alternate Hammerfall Metal Hammer cover variant, a hand-signed art card and exclusive beer mat. Only 250 worldwide, get yours while you can! 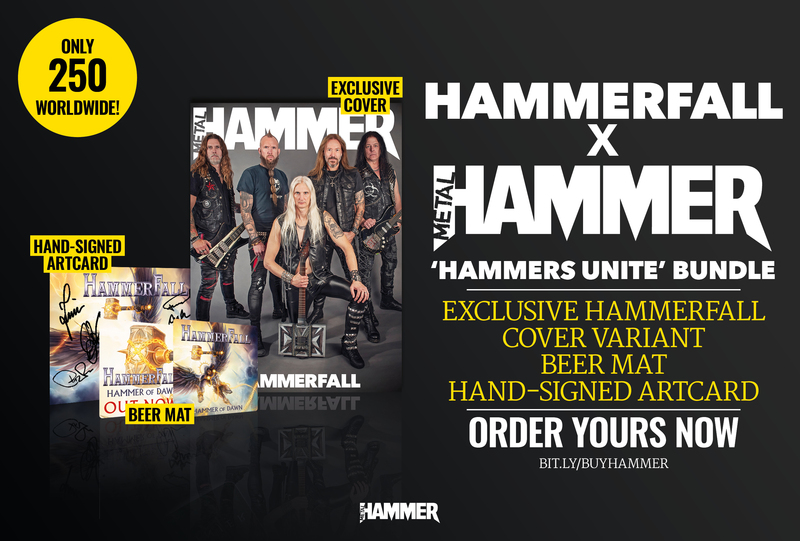 In this issue of Metal Hammer, we sit down for an exclusive interview with Ghost mastermind Tobias Forge as he spills the tea about the new Papa, the new album and the new era of Ghost. If you thought Prequelle was over the top, you’d better brace yourself for Impera!

Elsewhere in the mag, Sabaton’s Pär and Joakim reveal their struggles in the run-up to releasing their 10th studio album, and we chat to man-mountain Zakk Wylde about his life, his career, and his, er, interesting nickname. Vampire flick Queen Of The Damned may have been critically panned, but it had an incredible soundtrack, so we speak to the folks behind it, 20 years on. We grab our leather and axes and discuss all things power metal with Hammerfall, MWWB tell us all about their guitarist’s miraculous road to recovery from Covid complications, and we pair up Cult Of Luna and Hereditary’s composer Colin Stetson to reflect on their sinister collaboration. Scorpions’ Rudolf Schenker reminisces over five decades in the business, we hit the studio with Machine Head, and H09909’s Yeti Bones invites us into his record collection. We look back at the making of Tool’s uber-emotional 10,000 Days (Wings Pt 2), Amorphis’s Tomi Joutsen dishes out the life lessons, and Converge’s Jacob Bannon talks blood, broken bones and eating vomit (WTF?).

All this, plus all the essential news and reviews from the world of metal, a Ghost grucifix patch and a giant poster!