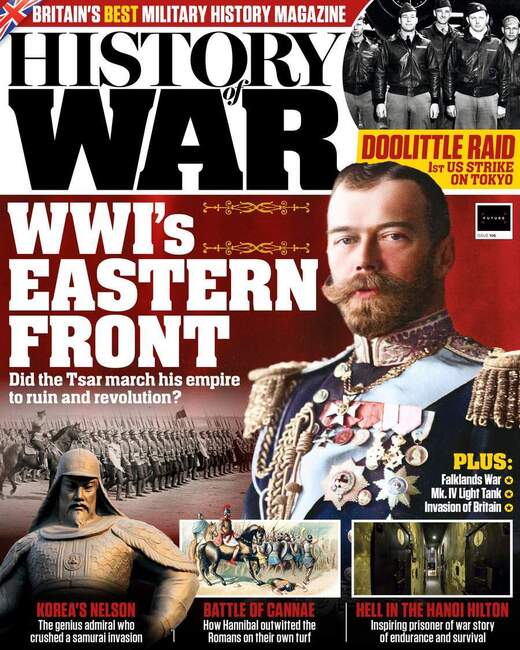 In History of War issue 106: WWI's Eastern Front. Did Tsar Nicholas II march his country to ruin and revolution? This issue we take a look at the vast and critically important Russian front of the Great War. Also this issue, British Army veteran Nick van der Bijl recounts the long and complex history leading up to the Falklands War, plus our Great Battles is on Cannae: Hannibal's incredible victory over Rome.

Also inside this issue: