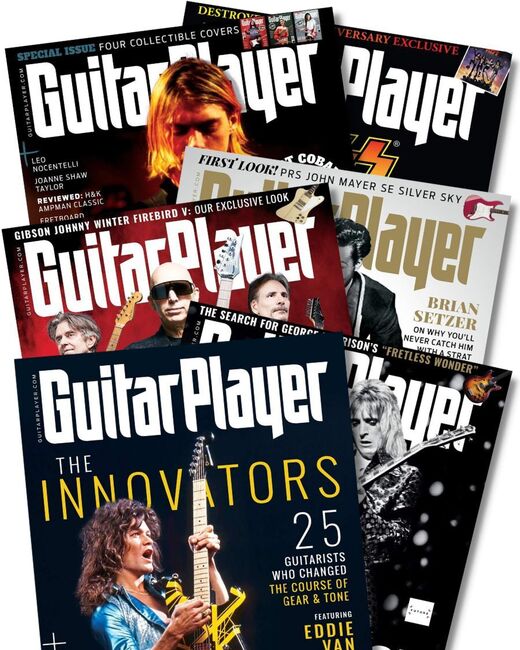 Exclusive! Paul, Gene and Ace tell the story behind 'Destroyer,' the album that turned Kiss from a band of misfit rockers into Gods of Thunder. Packed with historical photos, this issue delves deep into the making of 'Destroyer,' as Kiss detail how producer Bob Ezrin whipped them into shape to turn them into a crack studio recording act.

Plus Zakk Wylde, Sue Foley, and Scott Sharrard discuss their latest albums, and guitar tapper Yasmin Williams reveals how mastering Guitar Hero turned her into a bona fide guitar superhero. Lee Ritenour tells the stories behind five songs that defined his career, and we share an interview with the late Alan Merrill in which he reveals how he wrote "I Love Rock N' Roll." All this, plus what's new in gear for 2022, the history of Music Man's Sabre I, reviews of the latest gear and much more!

Kurt Cobain, Courtney Barnett, John Frusciante and St. Vincent head up our celebration of the greatest guitarists in alternative rock. This special issues traces the rise of alt rock from the Velvet Underground to the 1980s explosion that saw R.E.M. and the Smiths put the genre on the map in the U.S. and England before Kurt Cobain took it to the mainstream with Nirvana. We explore the contributions that 25 guitarists have made to the genre, and speak with Tom Morello and Courtney Barnett about their latest album releases.

Chuck Berry and Brian Setzer head up this issue for a rock and roll celebration. On the five-year anniversary of Chuck Berry's death, we revisit the father of rock and roll's career with a look at his first recording session for "Maybellene" and the guitars that gave sound to his greatest recordings.

Plus, we look at 10 "lost" gems from his catalog and five times famous artists ripped him off. Next up, rockabilly top cat Brian Setzer talks about beating tinnitus, resurrecting Dick Dale, why you’ll never catch him with a Strat, and why rockers can’t play the ’billy. We also sit down with Mike Stern for a deep discussion about the injury that almost ended his career, speak with Luther Dickinson about the North Mississippi Allstars' latest album, and connect with Eric Gales about his return to recording following a long absence.

Plus, Sammy Hagar reveals how inspiration struck him and Eddie Van Halen to write their Van Halen's hit "Right Now." All this plus Steve Stevens, Jesse Cook, Bob Mould's Career in Five Songs, plus boutique, classic and new gear.

It’s G3 all over again. Joe Satriani, Steve Vai and Eric Johnson reunite to recall how they launched the annual guitar tour 25 years ago, carrying the torch for guitar virtuosity at a time when it was most needed. “You had blues and reggae festivals; you’d see disco revivals and things like that,” Joe recalls. “But there was nothing really that spoke to guitarists.”

Plus, we get the inside scoop on their latest albums, upcoming tours, and much more! Next, Rudolf Schenker and Matthias Jabs explain what makes Scorpion’s latest album, ‘Rock Believer,’  such a success. Hint: It’s got a little something to do with two of their biggest records: 1979’s ‘Lovedrive’ and 1984’s ‘Love at First Sting.’

Plus, we have new interviews with Spoon’s Britt Daniel, Kenny Greenberg and Pat Travers, who reveals the story behind his 1980 cut “Snortin’ Whiskey” and how it figured into the climactic scene of 2004’s hit film ‘Sideways.’ In gear, we take a look at the history of Rickenbacker’s Capri series — complete with photos of gorgeous vintage specimens — Gibson’s limited-edition Johnny Winter 1964 Firebird V, and the latest gear from Reverend, Martin, Maestro and more!

On the 50th anniversary of David Bowie’s ‘Ziggy Stardust,’ we celebrate Mick Ronson, the guitarist who helped bring Bowie’s vision to life. In a brand-new interview with Bowie producer Ken Scott, we learn how Ronson became fully immersed in every aspect of Bowie’s tunes, from arranging keyboards and strings to writing hooks and performing the slashing power chords and melodic solos that graced such groundbreaking albums as ‘Hunky Dory,’ ‘Ziggy Stardust,’ ‘Aladdin Sane’ and ‘Pin Ups.’ But of course there was more to Ronson than his work with Bowie. In a companion story, we speak with producer Tony Visconti, guitarist Ian Hunter and singer Morrissey, among others, to get the complete picture of Ronson and his career both before and after Bowie. And, as a special treat, we tell the complete story behind his 1968 Gibson Les Paul Custom, the guitar he played throughout his tenure with Bowie. In a fascinating interview, we speak with the fan who hunted down the guitar after it went missing years ago and brought it back to life.

In gear, we look at a nearly pristine 1969 Fender Rosewood Telecaster and tell how one dedicated sleuth tracked down the origins of the strangest guitar in the Beatles’ collection: George Harrison’s Bartell fretless, which some now believe was used on the White Album sessions.

In addition, this issue features new interviews with Ry Cooder, blues guitarist Larry McCray, Eric Krasno, Mavis Staples axeman Rick Holmstrom and Albert Cummings. Plus, Vicki Peterson reveals the tales behind five songs from her careers with the Bangles, the Continental Drifters and the Psycho Sisters. All this plus a lesson in Bonnie Raitt’s slide style, the latest gear, vintage guitars and much more. 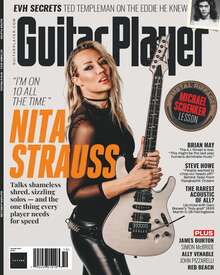 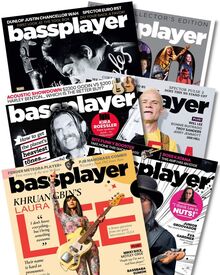