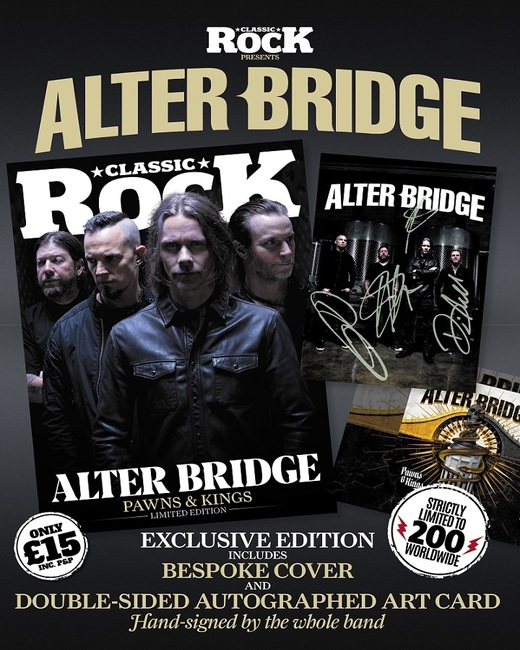 This exclusive bundle comes with a bespoke cover, and a double-sided autographed art card, hand-signed by the whole band! Please note content of magazine is the same as the standard issue of Classic Rock 307.

Issue 307’s cover stars are Alter Bridge. We talk to Myles Kennedy and Mark Tremonti about life in one of rock’s most successful bands.

Slade’s Noddy Holder looks back over the band’s glittering career and recalls the shows that delivered the magic.

We look back at the making of David Bowie’s Diamond Dogs, which he said was “my most difficult album”.

Marillion: alcohol, incessant touring, the bitter split… the inside story behind Clutching At Straws.

Massive Wagons tell us why they won’t be stopped by dark times, bullies, bigots and bent politicians.

Mother’s Finest: black musicians playing rock, they were a band ahead of their time.

Plus we bring you the biggest and loudest rock reviews section on the planet.