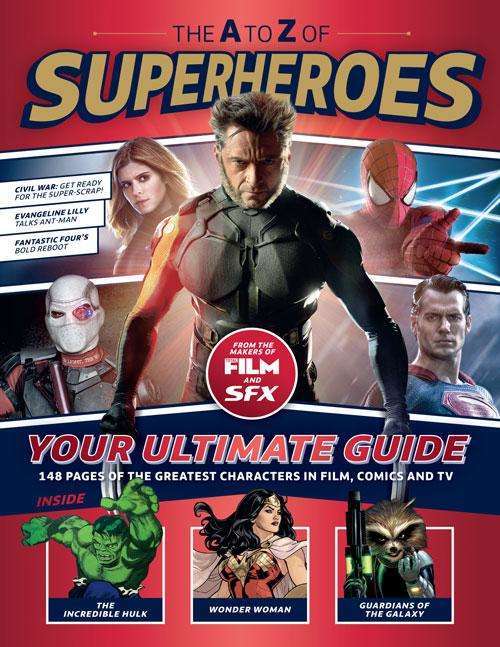 The A to Z of Superheroes

From the makers of Total Film and SFX magazines: The A to Z of Superheroes

In the last decade we’ve seen films like Avengers: Age Of Ultron and The Dark Knight dominate the box office, Daredevil and Arrow have conquered TV and everyone is reading comics again.
This A to Z guide celebrates these good times with features on the very best heroes – from Ant-Man to Zenith, by way of Batman, the Guardians of the Galaxy and Wonder Woman.
Inside this mag we’ve an exclusive interview with the cast of the new Fantastic Four, Evangeline Lilly talks Ant-Man and we catch up with 1960s TV Batman, Adam West.
Daredevil showrunner Stephen S DeKnight chats about the show’s smash success and we meet the cast of Arrow and The Flash.
If comics are more your thing then we have detailed features on Superman and Batman’s long history together, the creation of smashing fella the Hulk and an interview with Apocalypse creator Louise Simonson, who tells all about the baddie who’s going to be causing the X-Men all manner of bother.
There’s something for every super-fan here. Enjoy.
Want to see what else we're offering?