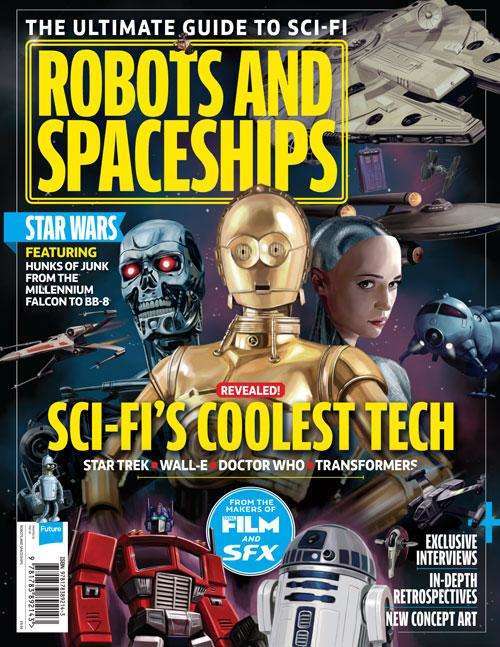 When it comes to sci-fi there’s nothing cooler than robots and spaceships. Whether clockwork best mates or mechanical killers, hunks of junk that can barely reach escape velocity or sleek starships capable of carrying crews of hundreds on journeys across the universe; there’s something endlessly fascinating about the magnificent tin cans that populate all the greatest works of SF.
As well as counting down the 50 best bots and spaceships from sci-fi history (much easier said than done) there are classic features from the SFX and Total Film vaults on the Terminator, Robby the Robot, the Eagle Transporter and the Enterprise. There are also brand new interviews with the likes of Kryten actor Robert Llewellyn and Millennium Falcon designer Roger Christian, as well as a glimpse at the hottest tech from Star Wars: The Force Awakens. Plus: more spaceship porn than the average human being can handle in a single sitting, so be sure to give your eyes a break by staring at some flowery wallpaper every once in a while.
Now all that’s left to do is boot up and prepare for blast off!