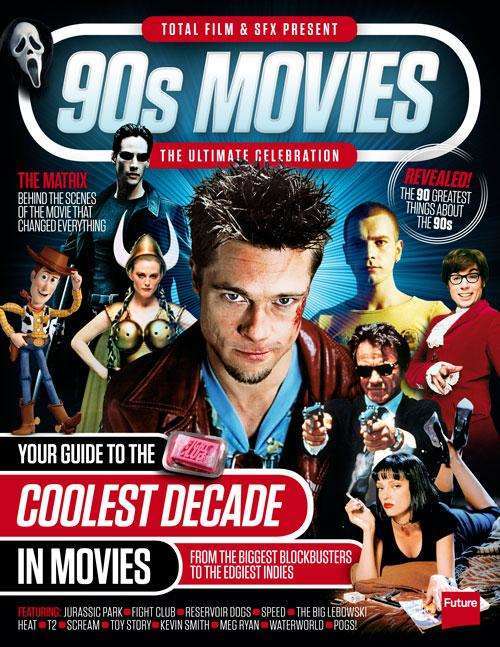 From the biggest blockbusters to the edgiest indies, head back to the 90s with this massive celebration of the coolest decade in cinema. Featuring behind the scenes reports, classic on set pictures and retrospective looks at the decade's coolest movies, including Jurassic Park, The Matrix, Fight Club and Ewan McGregor talking Trainspotting 2.
Also included: a brain-teasing quiz and a countdown of the 90 greatest things about the 90s.