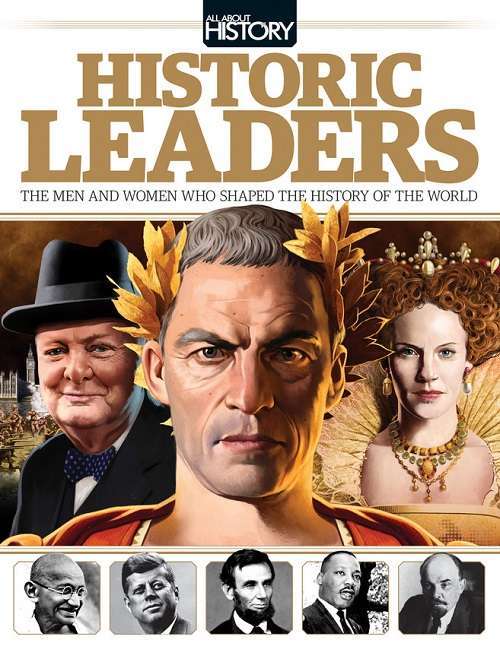 All About History: Historic Leaders

The men and women who shaped the history of the world. For better or worse, individuals throughout history have changed the world. Leaving lasting legacies that are still remembered to this day, whether it was down to blind ambition, a belief of divinity, or dedication to a cause, certain men and women have cemented their place in history books. From Caesar and Cleopatra to Lincoln and JFK, from Genghis Khan and Joan of Arc to Napoleon and Henry VIII, this book takes an in-depth look at some of the world's most iconic leaders, and what they did to carve their place in history.
In this bookazine...
The men and women who shaped the history of the world
Leaders at War
- The men and women who made their name through bloodshed
Ancient Icons
- Discover how empires were built – and destroyed
Political Powerhouses
- Find out how the likes of JFK, Lincoln and Churchill brought about change
Kings & Queens
- The monarchs who led their countries to greatness
Also inside...
- Napoleon vs Wellington
- Hitler at War
- Genghis Khan
- Harald Hardrada
- Joan of Arc
- Caeser's Rise to Power
- Alexander the Great
- Ramesses II
- Cleopatra
- Herod I, King of Judea
- King Darius I
- Mandela's Revolution
- The Making of Churchill
- The Life & Legacy of JFK
- The Last Day of Lincoln
- King Richard the Lionheart
- Henry VIII the Warlord
- Elizabeth I
- Louis XIV of France
- King Afonso I
Want to see what else we're offering?