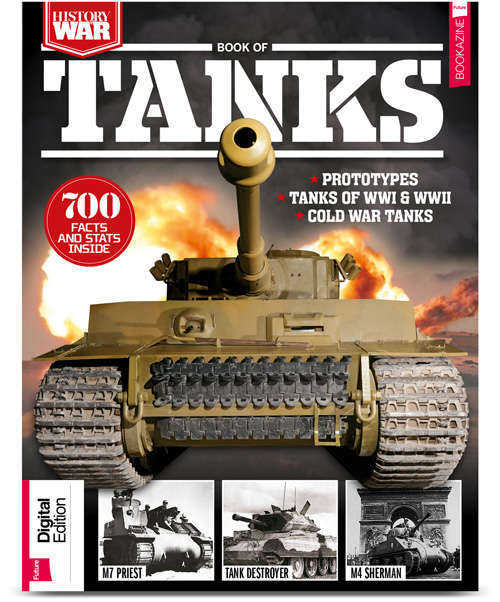 Published 3rd August 2017Since the outbreak of the First World War more than 100 years ago, the technology powering the world’s military forces has evolved at an unprecedented pace. The introduction of the first tanks during the Great War marked the start of an arms race that has continued to this day, and as we get our first glimpse at the next generation of military machines, it’s incredible to think how far the humble tank has come. In the History of War Book of Tanks, we chart the history and development of these awesome military vehicles, from the first British landships of the First World War, to Germany’s battle-ready panzerkampfwagen, to the hi-tech tanks that now keep the peace across the globe. We’ll show you all the facts and figures you need to become an armoured warfare expert, and break down iconic vehicles for an inside look at the technology that makes these tanks tick.