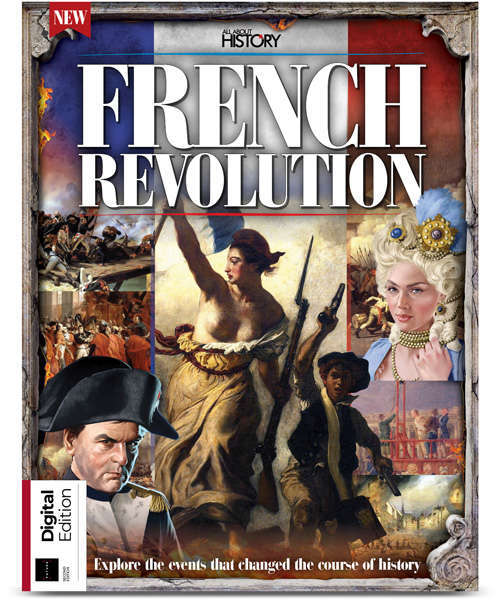 Published 24th May 2018UK cover price is £12.99, overall price above includes shipping costs
From the storming of the Bastille to the rise of Napoleon, perhaps no series of events in modern history has been as important as the French Revolution. Here, we follow the complex and dramatic stages of the Revolution through expert features, sumptuous imagery and over 20 authentic facsimile documents.
Revolutionary origins
- Discover how the failings of the Ancien Régime spelled the end for Louis XVI and Marie Antoinette
A clash of ideals
- Find out how revolts and executions paved the way for liberté, égalité and fraternité
From the archives
- Relive the Revolution’s momentous events through authentic documents
A cultural legacy
- Marvel at the art, literature and ideas that lit up France and beyond
Also inside...
- The legacy of Louis XIV
- Louis XV and the debilitation of France
- The Enlightenment and the Philosophes
- Louis XVI and Marie Antoinette
- Warnings of trouble
- The Estates-General and the Rights of Man
- The Tennis Court Oath
- The Storming of the Bastille
- The March of Versailles
- The attack on clergy
- Civil war in the provinces
- The Emigrés
- The king’s flight to Varennes
- The descent of the Revolution
- War is declared
- The Convention: Danton, Marat and Robespierre arrive
- The executions of Louis XVI and Marie Antoinette
- War on three fronts
- Valmy
- The Vendée Rising
- Economic crises
- The Terror
- Innovations
- Thermidor: The end of the Terror
- A ‘Whiff of Grapeshot’: Napoleon Arrives
- The collapse of the economy: The Directory
- Style of life
- The aftermath of the Revolution
- The legacy of the Revolution
- What if Louis XVI had survived the Revolution?
Want to see what else we're offering?