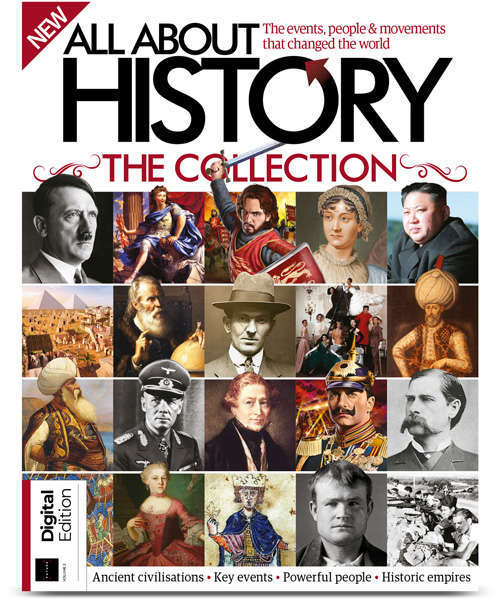 All About History Collection: Volume 2

Published 28th JuneUK cover price is £9.99, overall price above includes shipping costs. From ancient history, through the middle ages, right up to the modern day, there’s almost too much to choose from for this volume of All About History: The Collection. Here you’ll uncover the story of how the mafia and the US Navy brokered an alliance to protect the East Coast from Nazi spies, and how vagabonds ruled the streets of Sydney in razor gangs. You’ll delve into the tales of the crusader King Richard I, who first cut his teeth in battle as a young prince, and then uncover the mystery behind Hitler’s occult war. Be inspired by those who were a force of artistic expression, from the little-known “other Mozart” to the many Regency women who sparked a revolution in arts, culture and politics. See behind the public personas of Kaiser Wilhelm II and North Korea’s Kim family and understand the fickle nature of royalty with insights into the life of Sun King Louis XIV and Suleiman the Magnificent. Prepare to explore history’s greatest moments and meet its incredible characters.Page Count: 164