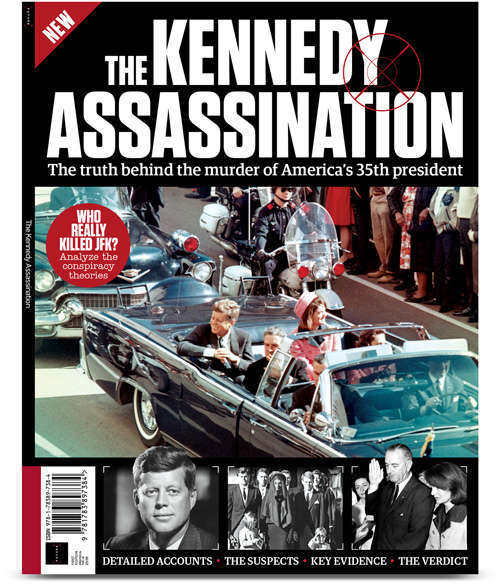 Published 2nd August 2018UK cover price is £9.99, overall price above includes shipping costs.
Who killed Kennedy? It’s a question that has been obsessed over for 55 years, and many would argue that we’re no closer to getting an answer. Conspiracy theories have surrounded the assassination of President John F Kennedy since that fateful moment in Dallas on November 22, 1963.
The Kennedy Assassination book takes a close look at the highs and lows of Kennedy’s presidential career and his family’s history in order to understand his politics and origins - and why that might have made him a target. Find out what happened, minute-by-minute, from the moment JFK was shot, examine the various motives of the investigators’ lead suspects and explore the many theories that attempt to explain why the President was assassinated.Page Count: 132
Want to see what else we're offering?