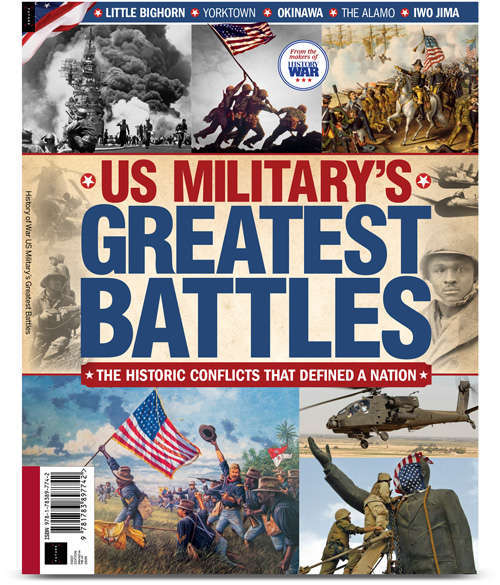 Published 30th August 2018UK cover price is £9.99, overall price above includes shipping costs.Created in the crucible of war, the United States has been known throughout history for its military. Uncover the nation’s greatest battles as it fights against communism, fascism and itself from the 1770s right up to the present day. Explore the key fights from the American Civil War, board a sub in the Atlantic, and join soldiers on an offensive in war-torn France. From their own lands to Europe and Asia, find out how the US military fought by itself and alongside its allies in US Military’s Greatest Battles.Page Count: 164