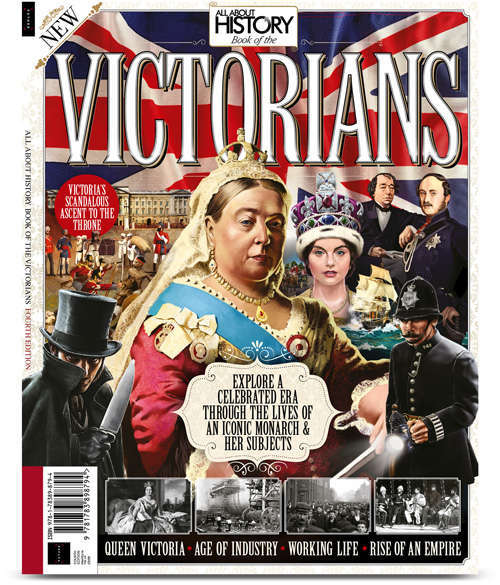 Published 25th October 2018UK cover price is £9.99, overall price above includes shipping costs.
Explore a celebrated era through the lives of an iconic monarch and her subjects. During the course of Queen Victoria’s reign, Britain underwent such a remarkable period of upheaval that the nation’s influence extended to the furthest reaches of the globe. From the living conditions of Victoria’s poor to the personal life of a steely monarch, explore the era through vivid articles, imagery and illustrations with this newly revised edition. You will step back in time and learn how such a small island garnered the might to dominate the world.
In this bookazine...
Queen Victoria
- Explore the personal and public lives of a monarch who reigned over a vast empire for 63 years
Industrial Revolution
- Understand the how the second phase of the Industrial Revolution saw inventive spirit soar and industry flourish
Everyday life
- Walk in the footsteps of Victorian society, from those who toiled in the factories to the unfortunate souls seeking medical help
Empire-building
- Discover how Britain's imperial ambitions were realised, leading to an empire on which the sun never setPage Count: 164
Want to see what else we're offering?