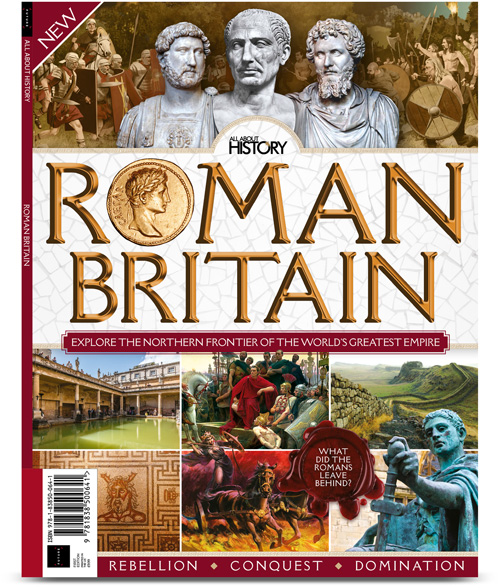 Published 28th February 2019UK cover price is £9.99, overall price above includes shipping costs.
In 43 CE, Roman legionaries set foot on British soil. It wasn’t the first attempt – the Romans had tried twice before to take the island – but this time, the invasion was going to work. The legions battled their way through modern-day England, taking out the tribes who wouldn’t willingly submit to Roman rule. As the soldiers made their way further north, the native Celts fought for their lives and their homeland, but the enemy was too strong. The Romans were here to stay.
In All About History Book of Roman Britain, uncover the fierce opposition to Rome’s imperialist expansion, and find out what really happened when Boudica rebelled in 60 CE. Take a walk along Hadrian’s Wall, the northernmost point of the entire Roman Empire, and meet the soldiers who served there. Discover how the invaders brought their gods and their culture with them, and learn what they left behind when Rome began to crumble…
Page Count: 132
Want to see what else we're offering?