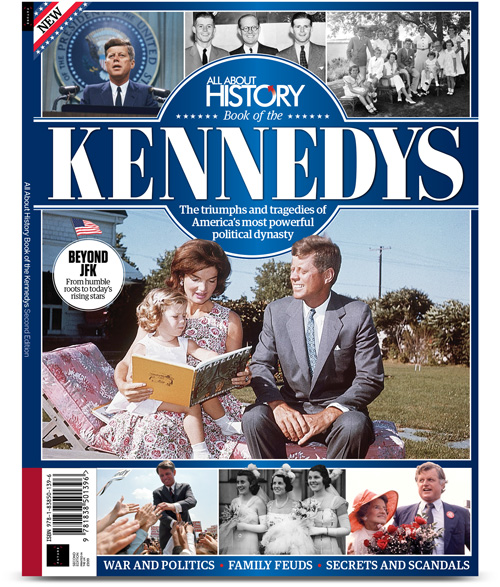 Book of the Kennedys (2nd Edition)

Published 18th April 2019UK cover price is £9.99, overall price above includes shipping costs.
From their humble beginnings in Ireland to their later lives in Boston, America, the Kennedys have fascinated the world over for decades and generations. The marriage of Joseph Kennedy Senior and Rose Fitzgerald was a political union as much as a romantic one, and together they raised what became known as America’s royal family. With clear ambitions for their children, Joseph Kennedy Sr focused on the careers of his sons and the marriages of his daughters, with questionable outcomes. From John F Kennedy’s presidency to Rosemary’s botched lobotomy, step inside the world of one of the most controversial families on the planet. Understand the extent of the so-called ‘Kennedy curse’ and analyse the scandals that still unravel today. From early family life and the religious challenges the family faced to the triumphs and tragedies both in their political and personal lives, this is the ultimate companion for anyone with an interest in this captivating family.
Page Count: 148