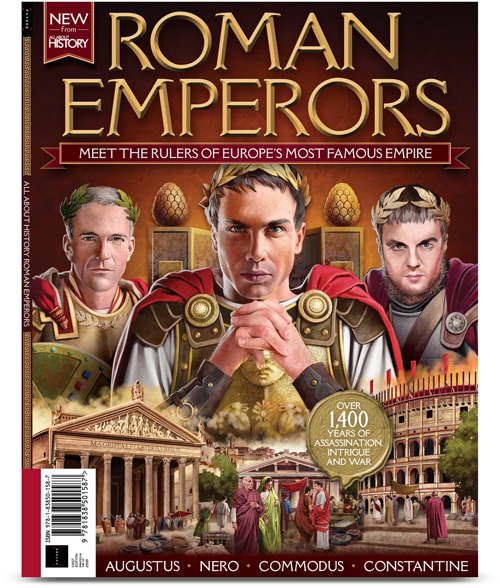 Published 25th AprilUK cover price is £9.99, overall price above includes shipping costs.
The fighting had stopped. Years of civil war, death and betrayal had ended, and one man emerged victorious from the fray. The adopted son of the once-great Julius Caesar was bestowed the title of Augustus by the Senate, and he ushered in a new era of rule: the Roman Empire.
In All About History Roman Emperors, it’s time to meet the people who were charged with leading one of the greatest civilisations of the ancient world. Uncover the depraved reigns of Caligula and Nero, go on a Christian crusade with Constantine, and meet the rulers of the East who kept the Roman Empire alive for over 1,000 years. So untangle the family trees, prepare for brutual assassinations and bloody coups, and decide for yourself who really was the greatest emperor of Ancient Rome.
Page Count: 132