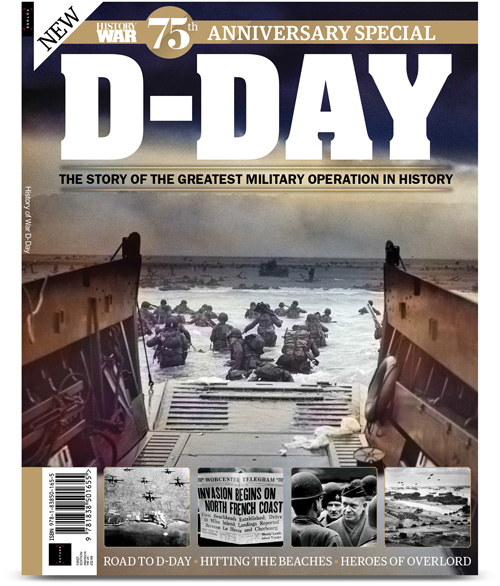 Published 2nd May 2019UK cover price is £12.99, overall price above includes shipping costs.
In the early hours of 6 June 1944 the largest land, sea and air operation in history got under way in northern France, as more than 150,000 Allied troops began the invasion of German-occupied Western Europe. Failure was not an option. Inside we tell the remarkable story of D-Day, from the months of meticulous planning and preparation that made it possible, to the invasion itself and the fierce fighting that followed as the Allies fought to liberate France. We celebrate some of the heroes of Operation Overlord, speak to D-Day veterans as they share their experiences, and discover the Allied leaders who conceived, shaped and executed the ambitious plans. We look at the role the French Resistance played in the run-up to and during the invasions and how the German response may have helped the Allies gain a vital foothold, while also exploring the potentially devastating consequences for the world if the landings had failed.
Page Count: 148