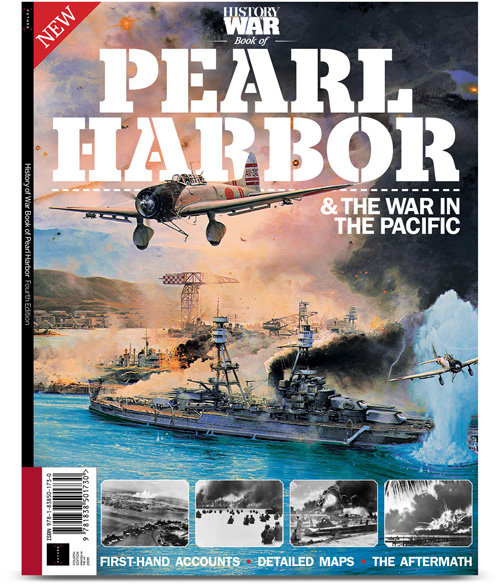 Published 9th May 2019UK cover price is £9.99, overall price above includes shipping costsThe significance of what happened at Pearl Harbor becomes even greater when considered in the context of what followed: the formal American entry into World War II and the beginning of the protracted and unimaginably hostile Pacific War. Learn all about Pearl Harbor and the war in the Pacific in this in-depth book, from the genesis of Japan’s preemptive attack to the United States’ use of atomic weapons on Hiroshima and Nagasaki. Featuring moving photography from front lines, declassified archival documents, and eyewitness accounts from those present during the conflict, this is an essential companion for anyone with an interest in one of the 20th century’s defining periods.Page Count: 148