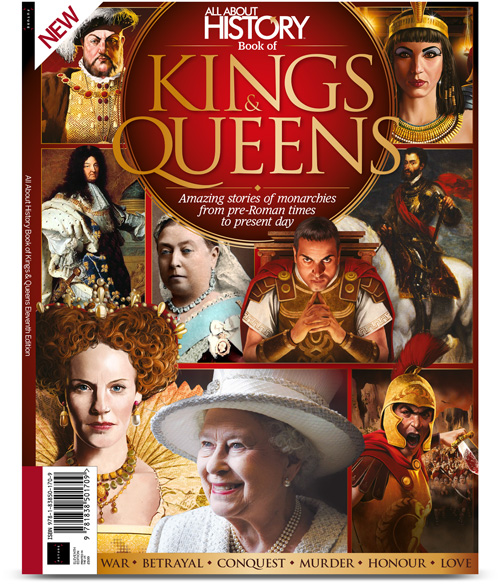 Published 9th May 2019Uk cover price is £9.99, overall price above includes shipping costs. Throughout history, monarchs have had a huge impact on the world, whether uniting nations or tearing them apart. Some have inherited great power, while others have fought to take what they saw as rightfully theirs. There have been kings who instigated wars to demonstrate their strength and conquer the world, and queens who helped shape the future of their nations. In this newly revised edition, we take a look at some of the most iconic and influential monarchs the world has ever seen, from Cleopatra and Richard the Lionheart, to Charlemagne and Eleanor of Aquitaine. We’ll also take a look at the wars waged by King Henry VIII, uncover the man behind the myth of the monstrous Emperor Nero and discover the story of Britain’s longest reigning monarch, Queen Elizabeth II.Page Count: 164