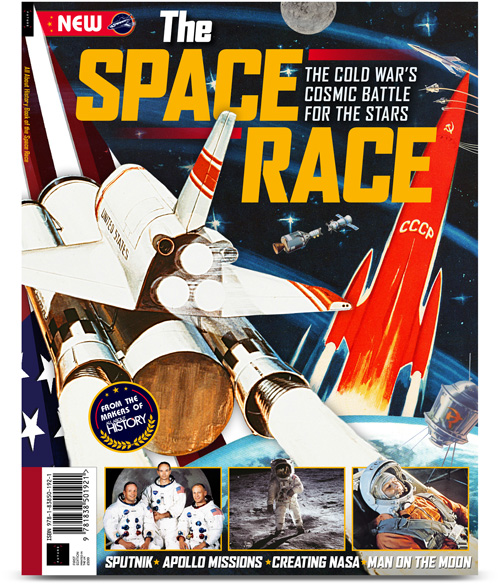 Book of the Space Race

Published 16th May 2019UK cover price is £9.99, overall price above includes shipping costs. Emerging from the chaos of the Cold War was another fight between the global superpowers - the battle to dominate the stars. The Soviet Union surprised the world by sending Sputnik, the first satellite, into space - it was now up to the USA to respond. The next decade saw the two go head-to-head, while the world cheered as their rockets headed for the galaxy. When man landed on the moon, it seemed the Space Race was over - but the Cold War certainly wasn't, and there was still so much more to achieve. Learn how the Space Race paved the way for some of the greatest scientific milestones of our age, get to know the people behind the missions, and discover who the real winners were.Page Count: 148