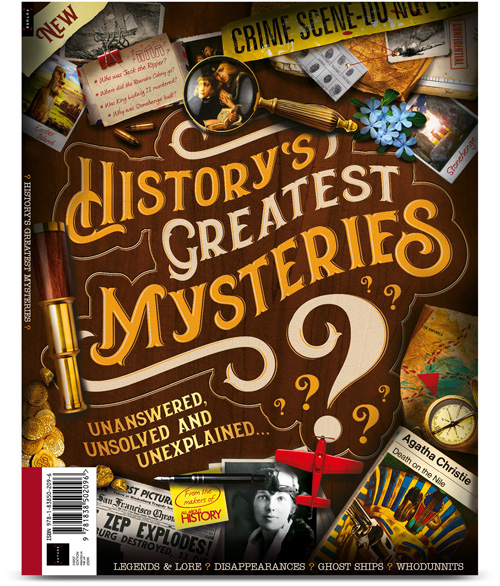 Published 30th May 2019UK cover price is £9.99, overall price above includes shipping cost.
Over 500 years ago, two young brothers disappeared, seemingly off the face of the Earth. These weren’t just any boys, however – one was Edward V, king of England, who had recently been declared illegitimate and quickly usurped by his uncle, Richard III. After their strange disappearance, rumours of murder spread through the country, with suspicions falling upon the boys’ uncle as well as other power-hungry figures at the royal court. To this day, debate rages about the curious fate of the Princes in the Tower.
From this Medieval murder mystery to the unsettling transmissions from Cold-War-era radio stations, uncover history’s most fascinating and peculiar unanswered questions. Will we ever crack the code of the Voynich Manuscript? Who really was Jack the Ripper? What’s the truth behind the Bermuda Triangle? Pick up a copy to see if you can solve history’s greatest mysteries…
Page Count: 148