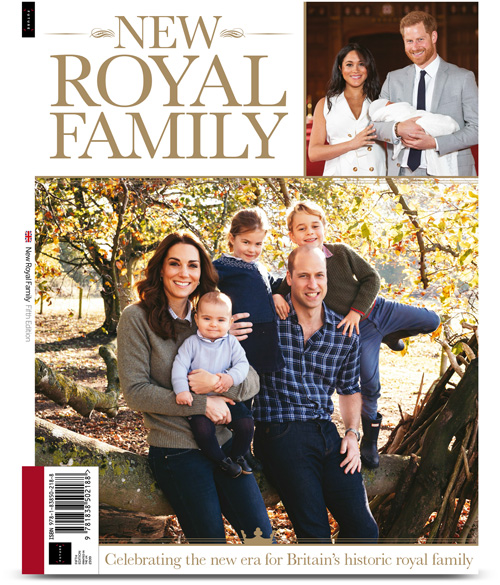 Published 6th June 2019UK cover price is £9.99, overall price above includes shipping cost.
The story of Prince William and Catherine Middleton is one that has captured the imagination of the world. The iconic couple has found that their new family faces very modern challenges, as Prince George will be ruling in a world very different to that of his ancestors. In New Royal Family we examine not just the immediate family that are paving the way for George’s eventual reign, but how tradition still plays a large part in the lives of the royal family. We chart the relationship between Catherine and William, from meeting at university to their marriage, watched by millions. We also take a look at how Prince George and Princess Charlotte have spent their first years in the public spotlight, as well as celebrating the most recent addition to the family with Prince Louis in April 2018. This is the story of a monarchy for the 21st century, at the same time both incredibly historic, and excitingly modern.
Page Count: 164
Want to see what else we're offering?