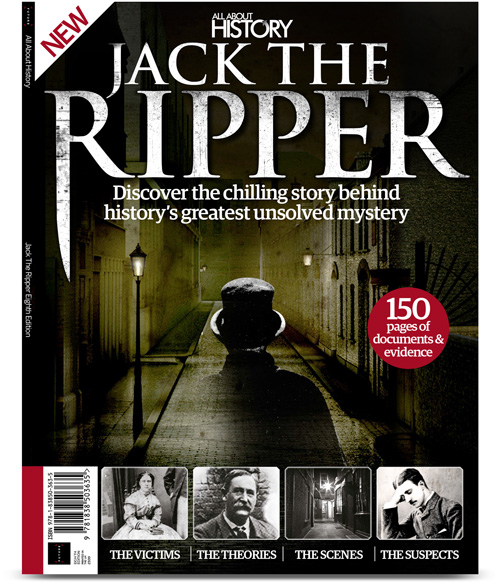 Published 15th August 2019
UK cover price is £9.99, overall price above includes shipping costs.
For ten weeks during the autumn of 1888, London’s East End was gripped by the terror of history’s most notorious serial killer. Despite public outcry, the culprit was never caught, and the mystery of Jack the Ripper continues to fascinate amateur sleuths and crime enthusiasts well over a century later. In this book, you will find a comprehensive collection of the evidence found at the time and in the years after, as well as police reports and the theories about who the Ripper could have been. You'll also see detailed reconstructions of the crime scenes as they would have looked when Jack the Ripper walked them, searching for victims. Everything you need to make your own mind up is here, from who the killer was and why he chose his victims, to why the police never found him. Prepare yourself for a grim look at the streets of London in their darkest days.
Page Count: 164
Want to see what else we're offering?