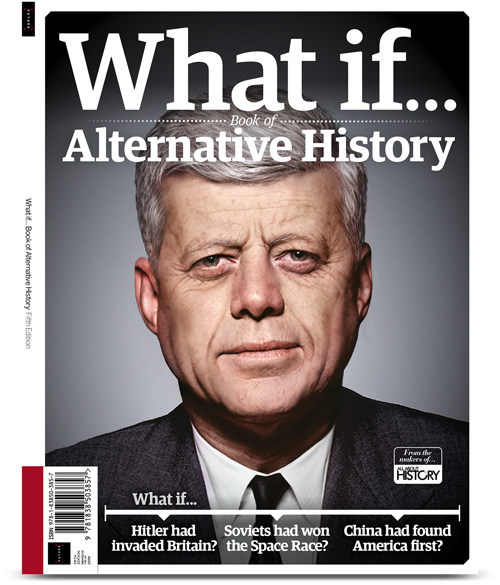 Published 29th August 2019UK cover price is £9.99, overall price above includes shipping costs.
History is a fascinating topic, but one aspect that really fires the imagination is asking “What if things had gone differently?” So-called ‘alternative history’ has long speculated along these lines, with the Romans wondering if they could have defeated Alexander the Great as early as 27 BCE, medieval writers wishing the Crusades had been more successful, and the Victorians terrifying themselves with Napoleon’s global conquest. In What if... The Book of Alternative History, experts consider what might have happened if key moments in time had gone differently, including the Nazis winning World War II, Abraham Lincoln surviving his assassination, the Allies losing the Battle of the Atlantic, China discovering America first, and much more. Each one is complemented by astonishing artwork, photography and timelines so you can see the flashpoints where truth and fantasy diverge. We also celebrate the greatest stories inspired by alternative history, including The Man in the High Castle, The Plot Against America, SS-GB and 11.22.63.
Page Count: 164
Want to see what else we're offering?