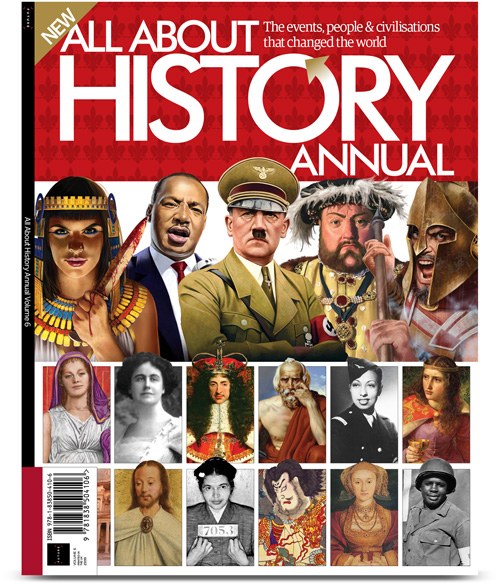 All About History Annual Volume 6

Published 12th September 2019UK cover price is £9.99, overall price above includes shipping costs.
Retelling the true story behind history’s most memorable events, All About History Annual will transport you back in time. Uncover the truth about the afterlife in Ancient Egypt before meeting Agrippina the Younger, one of Rome’s most fierce women. Then head to the court of the Tudors to find out just what dating was really like in 16th-century England, trace Charles II’s escape from those wanted to see him dead, and get yourself a ticket to an art exhibition in Nazi Germany.
But your trip through the past won’t end there – with a front-row seat at some of history’s defining battles like D-Day and Poitiers, you can then get up to speed with activists and freedom fighters from through the 20th century. Visit the Jazz Age to discover the life of Josephine Baker, explore LGBTQ protests after Stonewall, and meet the men and women who had the guts to stand up to Hitler. With all this and more, what are you waiting for?
Page Count: 164
Want to see what else we're offering?