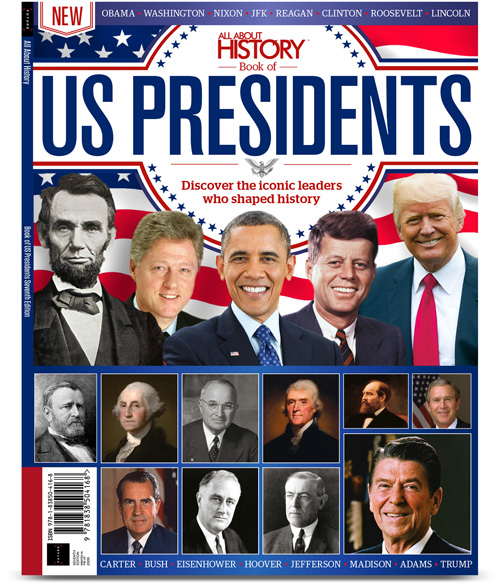 Book of US Presidents (7th Edition)

Published 19th September 2019UK cover price is £9.99, overall price above includes shipping costs.
In 1789 George Washington was elected as the first president of the United States and helped to usher in a new era in world history following the epochal events of the American Revolutionary War. Since then, the history of the United States, and indeed the world, has been shaped by the people who have held the nation’s most powerful office. From inspirational leaders like Abraham Lincoln to flawed and controversial figures such as Richard Nixon, the White House has played host to some of the most iconic individuals in history. The All About History Book of US Presidents profiles each and every one of them. With detailed features on every president, from Washington to Trump, this book offers a compelling insight into the people that shaped the United States as we know it today. We hope you enjoy it.
Page Count: 148
Want to see what else we're offering?