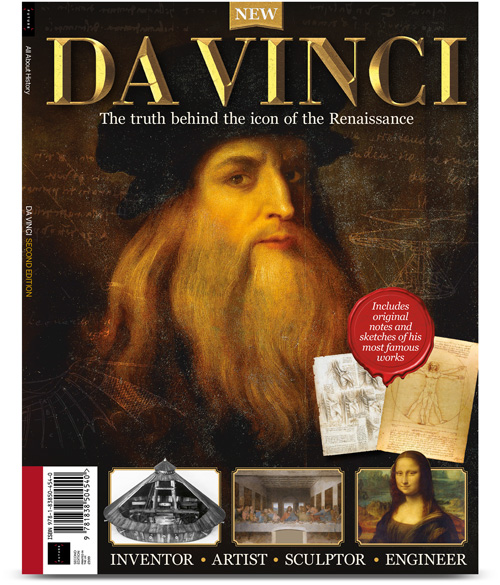 Published 3rd October 2019UK cover price is £9.99, overall price above includes shipping costs.
Leonardo da Vinci is often considered the master of the Renaissance and hailed as a genius ahead of his time. Most famous for such works as the Mona Lisa and Last Supper, Leonardo was more than a painter of extraordinary skill. In fact, he often thought of himself principally as a civil and military engineer.
The book of Da Vinci tells the story of this artist/engineer’s life and times, and looks at the major themes that dominate his work. Beautifully illustrated with contemporary Renaissance materials and Leonardo’s artworks and designs, the book also surveys what he considered his most important inventions and ideas, as discovered in manuscripts, institutional collections and private archives that contain more than 6,000 of his surviving notes and drawings. What emerges is an insightful portrayal of this most gifted of men.
Page Count: 164
Want to see what else we're offering?