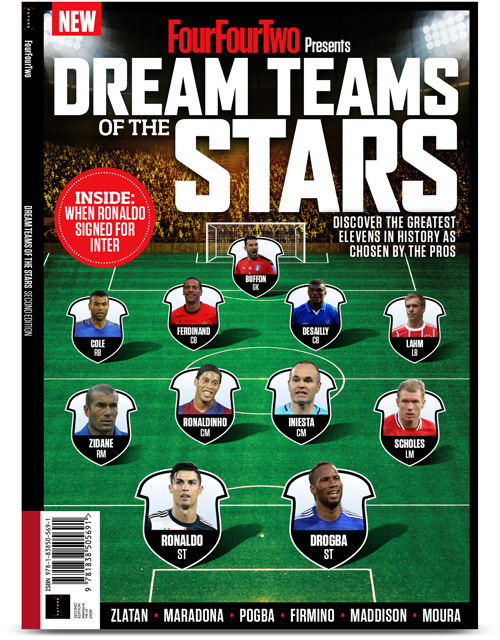 In Dream Teams of the Stars, players both past and present name the greatest players they ever played alongside or went up against as we bring you the best of FFT’s Perfect XIs. Is there space for Steven Gerrard in Frank Lampard’s midfield? Which former England international makes Bastian Schweinsteiger’s team? Who was the greatest manager Kevin Keegan ever played for? Which rival defender did John Terry most enjoy playing alongside for the national team? Who makes Ronaldinho’s all-star front three? You’ll discover the answer to all these questions and more inside. And that’s not all! As well as bringing together some of the greatest players the world has ever seen in our very own version of Fantasy Football, we’ve also got fascinating in-depth features on some of the game’s biggest legends, from Italy’s favourite shot-stopper, Gianluigi Buffon, to Frenkie de Jong, Barça’s latest midfield recruit, and Eddie Howe, the man who led a little-fancied south coast team to the big time and kept them there. We’ll also talk to West Ham’s Declan Rice, attempt to understand the real Paul Pogba and bask in the glory of the one and only Zlatan.