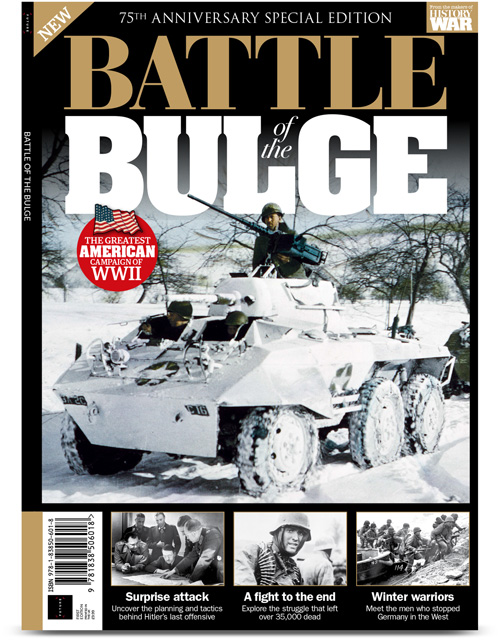 Battle of the Bulge

Published 12th December 2019UK cover price is £9.99, overall price above includes shipping costs.
As the winter of 1944 tightened its icy grip across Europe, Nazi Germany found itself surrounded by powerful enemies intent on seizing Berlin and crushing the Third Reich once and for all. Yet, despite its precarious situation, Germany was far from defeated, and Hitler knew it. Clinging to one last shred of hope, he devised an audacious plan to strike at the Allies in the West in a bid to drive a wedge between them and turn the tide of the war in Germany’s favour. Summoning thousands of men and machines, Hitler’s commanders prepared to unleash  one final assault, an onslaught that would catch the Allies off guard and remind the world that if Germany was to be beaten, many more people would have to perish first. The Battle of the Bulge would prove to be a vicious struggle to the end.
Page Count: 132
Want to see what else we're offering?