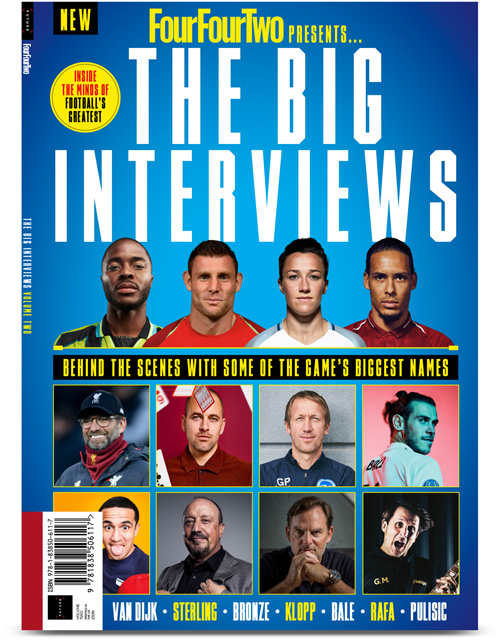 Published 19th December 2019UK cover price is £9.99, overall price above includes shipping costs.
Over the years FourFourTwo has had the pleasure of sitting down and shooting the breeze with some of the biggest names in world football – both past and present – to find out what really makes them tick. In The Big Interviews, we bring you a collection of some of our standout interviews, from talking to Raheem Sterling about proving his doubters wrong, to Jurgen Klopp on rejuvenating the Anfield garden and Gareth Bale on Real’s trophy-laden legacy. We’ve also caught up with Christian Pulisic to discuss life at Dortmund and adapting to London and spoken to Virgil Van Dijk about his record-breaking move to Merseyside. And that’s not all! In our One-On-Ones we put our readers’ questions to some of the game’s leading figures to get exclusive insight on the issues that really matter, including Frank de Boer on telling Sean Connery what he really thought of his latest film, Tim Cahill on his trademark goal celebration and former Everton hardman Thomas Gravesen on, well, anything he likes really. We’re easy. Just don’t hurt us.
Page Count: 132
Want to see what else we're offering?