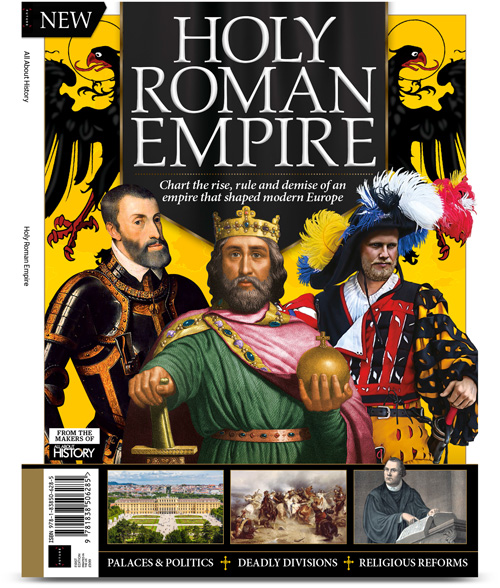 Published 27th December 2019
UK cover price is £9.99, overall price above includes shipping costs.
Forged by the iron will of Charlemagne, the Holy Roman Empire’s birth in 800 CE signalled the beginning of a new era in a Europe that had been stumbling in the dark for centuries. By means of conquest, alliances and marriage, the continent's new power would come to encapsulate much of Western Europe, morphing into a disjointed network of states within which ruthless wars and reformations would be waged. But who where the empire’s key figures? How did they rule? And why did this ambitious project ultimately fail? Turn the page to explore a realm that shaped Europe for over 1,000 years and left a legacy that still influences it today.
Page count: 132