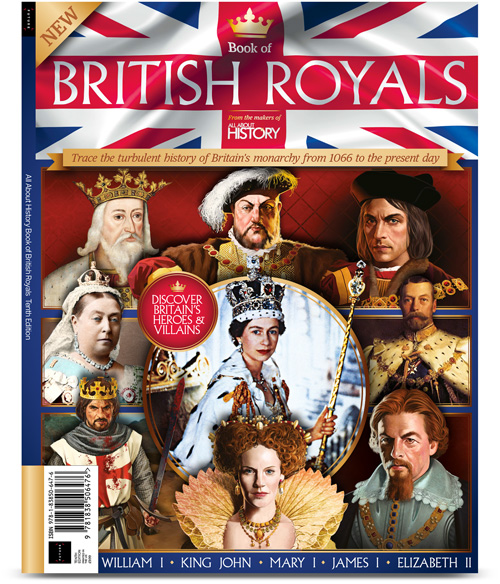 Published 16th January 2020
UK cover price is £9.99, overall price above includes shipping costs.
The date is 14 October 1066, and the battlefield at Hastings lies bloodied, littered with the remains of Harold II’s ruined army, with Harold himself defeated by an arrow to the eye. William the Conqueror has just earned his famous title, and with it, the crown of England. This is where our story begins – the fascinating tale of Britain’s monarchy. In this new edition of Book of British Royals, you’ll discover incredible facts about every king and queen of Britain from 1066 to the present day, and uncover the truth behind royal scandals, conflicts and triumphs. From the bloody battles of Hastings, Bosworth and Agincourt, to the treacherous political courts of the Tudors and Stuarts, trace the turbulent history of Britain’s royal bloodline from its beginnings right up to the present, longest-reigning monarch with Queen Elizabeth II.
Page count: 180
Want to see what else we're offering?