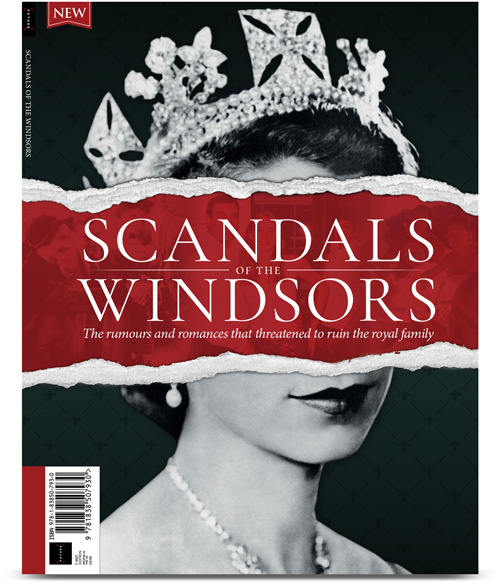 Scandals of the Windsors

Published 9th April 2020
UK cover price is £9.99, overall price above includes shipping costs.
When King George V changed his dynasty’s name from Saxe-Coburg & Gotha to Windsor in 1917, he wasn’t just distancing himself from the family’s Germanic roots at a time of war – he was also shrugging off years of scandal and secrecy that had surrounded his playboy father, King Edward VII. But where King George toed the line and was determined to be the model of moral decency, his relations had other ideas. In this brand-new book, uncover the dramas that threatened to ruin the monarchy, from Edward VIII’s dangerous liaisons and Princess Margaret’s saucy affairs to the war of the Waleses and Prince Andrew’s shameful links to Jeffrey Epstein. Page count: 132
Want to see what else we're offering?