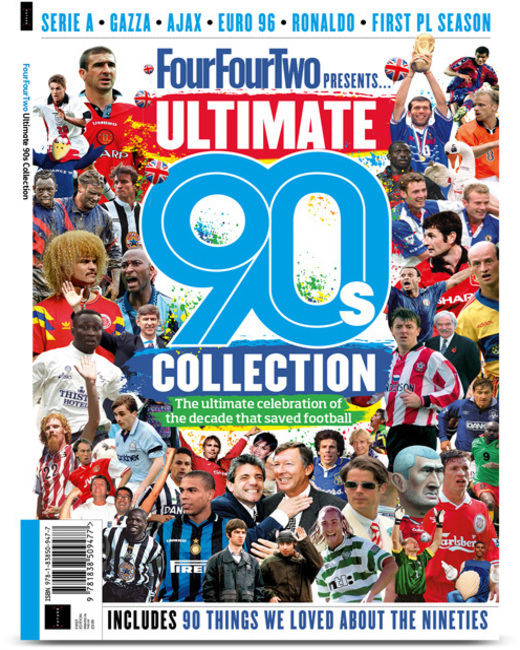 After the dark days of the 1980s, football needed something new. Starting with Gazza’s tears in Turin and ending with Manchester United’s Treble, the  decade that followed would bring us some of football’s most iconic stars,  memorable matches, legendary teams and classic tournaments and would  go on to change the beautiful game forever. Filled with fascinating features  and in-depth interviews, the FourFourTwo Ultimate 90s Collection is a  celebration of the decade that made football cool again.  Discover 90 things we loved about the Nineties, from awful away kits and  Soccer AM to the original Ronaldo and Football Italia. Relive all the drama of Euro 96 and how England’s attempt to end 30 years of hurt ended in  glorious failure once again. We also look back on Gazza’s roller-coaster journey with the Three Lions, how David Beckham went from Public Enemy No.1 to Treble winner, the birth of the Premier League, how Jamaica reached their first World Cup, when Serie A ruled the world, and much more. Enjoy!