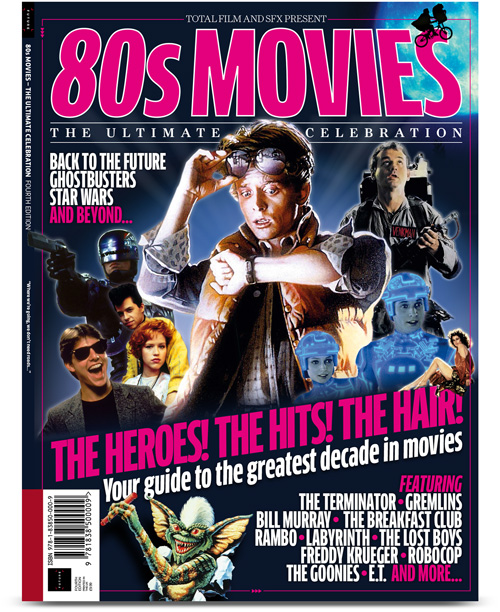 Published 3rd December 2019UK cover price is £9.99, overall price above includes shipping costs. Between ghostbusting funny guys, gun-toting space heroines, muscle-bound action men and teenagers skidding around in their pants, there’s no question that the 1980s was the decade of fun. It began with Star Wars: Episode V – The Empire Strikes Back and it ended with Batman swooping into Gotham while Indy whipcracked his last crusade (for a while, anyway). Along the way there were rocking anthems, pioneering special effects and screaming campers – and just take a look at the names. Thanks to the likes of Steven Spielberg, Sigourney Weaver, John Hughes, James Cameron and Arnold Schwarzenegger, movie-goers were well and truly spoilt for choice. They ensured that the ’80s boasted some of the most memorable cinematic moments ever. Who can forget the time Han Solo told Princess Leia “I know”, or Molly Ringwald stepped out wearing that prom dress, or Marty McFly revved a DeLorean up to 88mph? With the ’80s as popular now as they ever were, come with us as we head back in time to take a look at some of the coolest, funniest, scariest and downright weirdest movies of the 1980s. Where we’re going, we don’t need roads...Page Count: 148