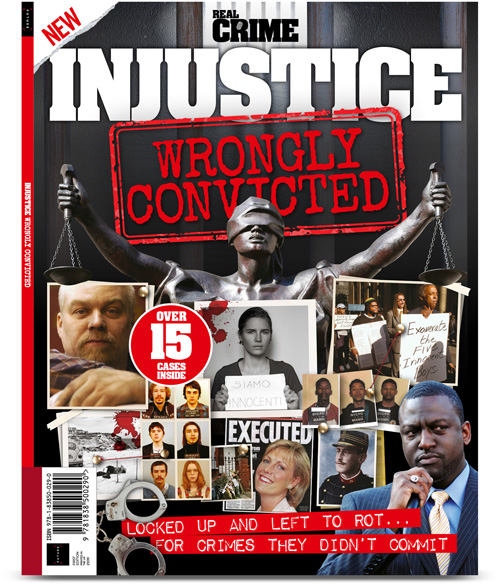 Published 31st January 2018UK cover price is £9.99, overall price above includes shipping costs.
On 21 November 1974, two bombs exploded in pubs across Birmingham. It was a tragedy that claimed the lives of 21 and injured hundreds more. But for six innocent Irishmen, it was the start of an ordeal that lasted almost two decades. Accused of planting the bombs, the men were imprisoned, vilified by police and reviled in the media.
In Injustice: Wrongly Convicted, discover the nightmarish true tales of people falsely accused of crimes they didn’t commit. Delve into the details of slovenly police work, corruption, fake witnesses and other flaws in the criminal justice system that landed these people in prison or on death row.
Page Count: 148