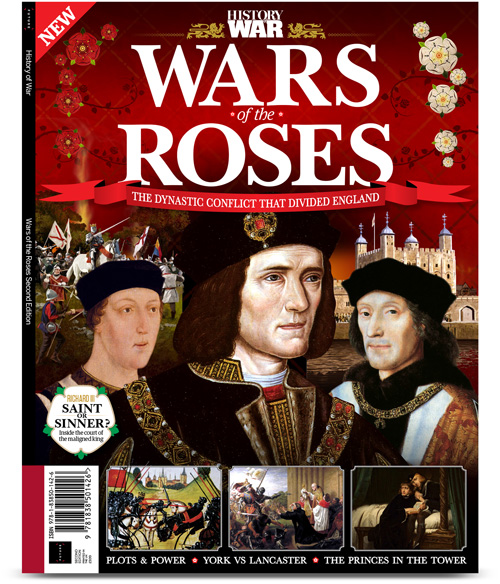 Wars of the Roses (2nd Edition)

Published 18th April 2019UK cover price is £9.99, overall price above includes shipping costs.
In the 15th century, England lay in tatters. At the hands of the French, it had experienced catastrophic defeat in the Hundred Years’ War, the nation’s coffers were empty, and King Henry VI had declined into madness. With the king propped up by his cunning wife, Henry’s relatives descended hungrily on the crown, each vying to claim the English throne. The bloodshed and dynastic drama that followed was immortalised in history as the Wars of the Roses. In this book, discover how the Houses of York and Lancaster turned against each other as greed, glory and a thirst for power trumped family loyalty.
Page Count: 148