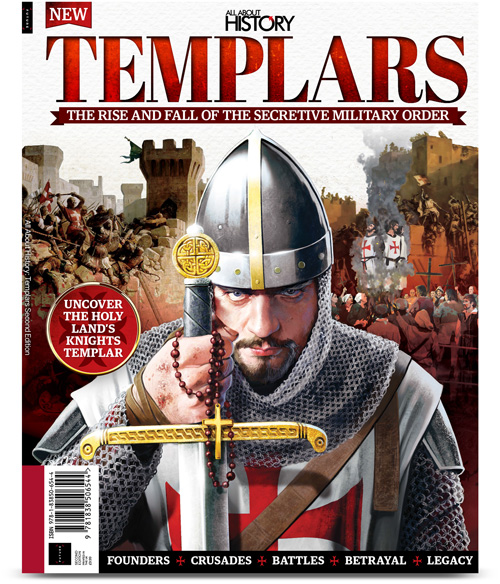 Published 16th January 2020
UK cover price is £9.99, overall price above includes shipping costs.
The Poor Fellow-Soldiers of Christ and of the Temple of Solomon, known simply as the Knights Templar, were the wealthiest, most powerful, and most secretive of the military orders that flourished in the crusading era. Investigate the origins of the order, the Templars’ military prowess, their innovative financial management, and the battles in which they made their name. Meet the key leaders, from Hugues de Payens to Richard the Lionheart, and uncover the truth behind the accusations that led to the last grand master being burned at the stake and the order dissolved.
Page count: 132